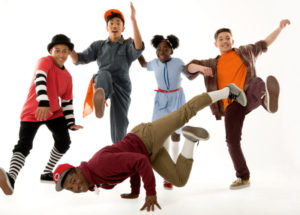 Hip hop dance refers to dance styles, mainly street dance styles, primarily danced to hip hop music, or that have evolved as a part of the hip hop culture.

These later styles are sometimes referred to as new school or new style while the older styles, including breakdance and various funk styles that were incorporated into hip hop, are considered old school.

Hip hop dancing is evolving in many different directions today, heavily influenced by the evolution of hip hop music and its popularity in media, surrounded by heated debates on history and authenticity.